In our day to day work, we make significant efforts to safeguard environmental interests. Within the auspices of our Loss Prevention activities, we regularly issue publications and hold workshops on how to avoid marine casualties, reduce marine risks and consider the environmental impact generally e.g. regarding fuel consumption.

We also participate in a comprehensive risk mitigating training programme through The Swedish Club Academy. The Maritime Resource Management (MRM) programme was developed to establish safe and sound attitudes and behaviours within organisations. The Club subsides the training its members' cost for this training, which is conducted through 100 facilities in 35 countires.

... is a central feature in the Club's operations. An ethical code of conduct is discussed with and signed by all employees and application of the ethical guidlines is regularly followed up.

The Club serves as a rather unique platform for creating a community and building relationships beyond political and geographical boundaries as the Club's membership stretches from local bunker barge operators to the world's largest state-owned shipowners.

According to the Club's written policy on equal treatment, the Club shall safeguard equal possibilities of employment, education, promotion and development in the work role.

Sound business behaviour and compliance with internal and external  regulations is ultimately on the acts of the individual employee. This includes safeguarding the values mentioned in The Swedish Club's sustainability report. 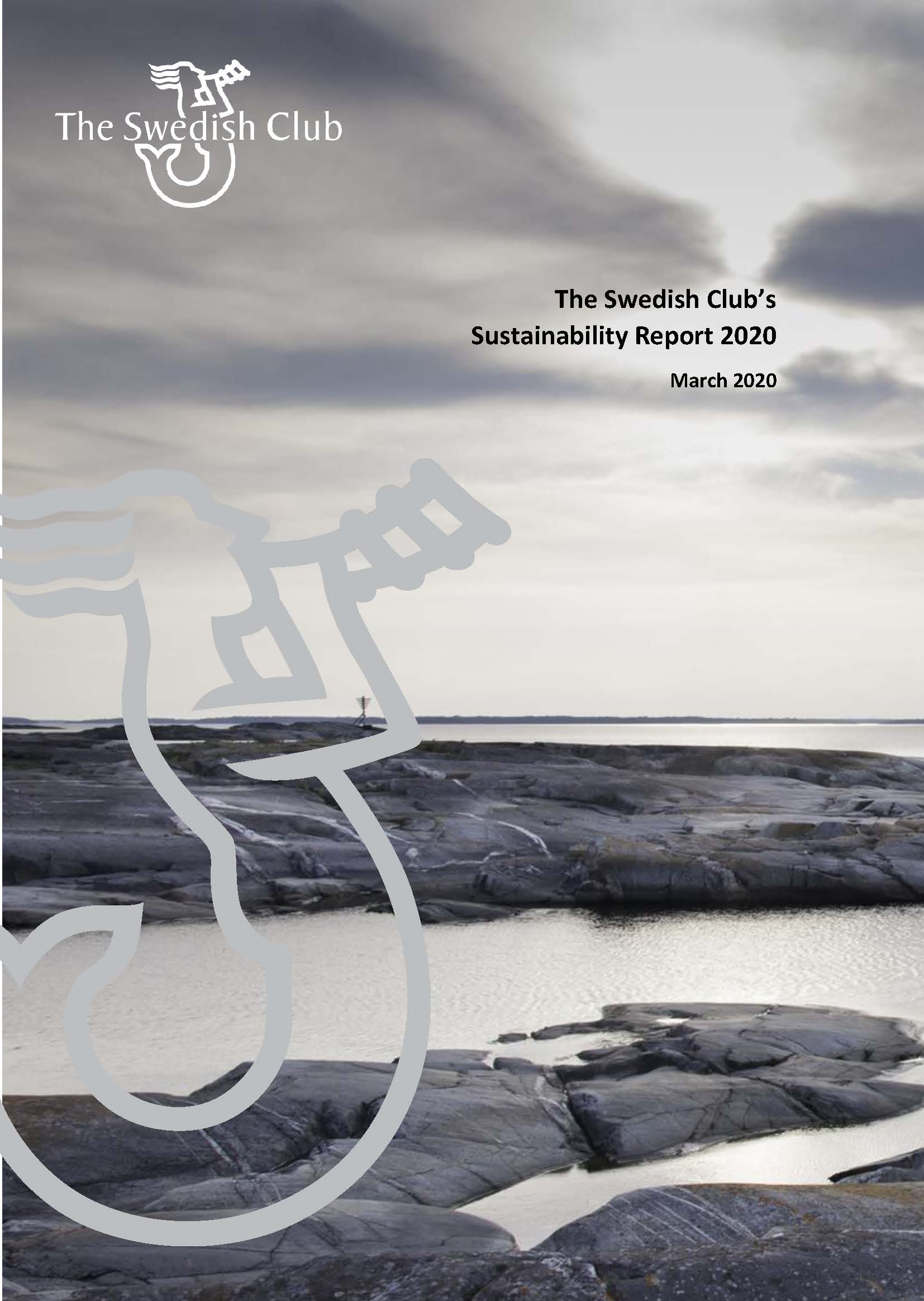 The Club has zero tolerance towards corruption and bribes. The Club applies the UK Bribery act as a benchmark its employee policy. As to corruption, we use a market-leading tool provided by World-Check whereby all the Club's members and insured vessels are screened once a month. The screening includes global sanctions' lists, global enforcement and warning lists, global politically exposed (PEP) lists and global state-owned entity lists (SOE). The purpose of the screening is to avoid the Club doing business with inappropriate companies or individuals.

This is a non-profit association founded by some real enthusiasts in 1907. More than 100 years later the enthusiasm still remains and they are always prepared to be of assistance whenever there is a need.

Swedish Sea Rescue Society is responsible for 70 percent of all sea rescues in Sweden and receives no government funding. The Society is financed by membership fees, donations and voluntary work.

The volunteers work as carpenters, doctors, fishermen, salesmen, plumbers, teachers and many other occupations. The sea rescue volunteers are willing to go out in any weather, at any time even during normal work hours or in the middle of the night.

The Swedish Club is now an official corporate member of the Big Blue Ocean Cleanup. www.bigblueoceancleanup.org

Big Blue Ocean Cleanup helps keep the oceans clean, protect marine wildlife and support the development of innovative technologies. They run free educational workshops and provide resources for schools around the world; inspiring every generation to take action and protect our blue planet. The non-profit also sends out free clean up equipment to anyone who requests it, and this is done on a global scale from their distribution network.

In Greece, we proudly sponsor HELMEPA

HELMEPA is the Hellenic Marine Environment Protection Association; the pioneering voluntary commitment of Greek seafarers and ship owners to safeguard the seas from ship-generated pollution, undertaken in Piraeus on 4 June 1982. Under the motto, "To Save the Seas", they have consistently supported their initiative to date. https://helmepa.gr

Faktum is a monthly magazine sold by homeless people. The organisation behind the magazine is focused on giving homeless, or people in similar situations, a chance to come back to society or just have money for the day. It is also a way back to start taking responsibility.

Faktum also aims at starting debates and forming an opinion regarding the homeless and their exposure in a hard, tough society.
www.faktum.se