These days we are getting numerous questions from both the P&I Clubs and their Members concerning imposition of Martial Law in Ukraine. The experience tells me that we are going to get even more and that many various aspects of the current situation will be of interest. That impels me to share some of my views on the status quo in Ukraine with our Principals and friends and to try to answer the most frequently asked questions.

First of all, the Martial Law was not declared on all the territory of Ukraine, but just in some Regions having the common border with Russia, as well as on coastline territories (see map below). At the moment no serious restrictions in the operation of the state services and bodies can be observed. Public areas/places are freely accessible so foreign seamen can feel rather comfortable ashore.

All Ukrainian ports, Mariupol and Berdyansk including, are working normally. No any additional restrictions relating to Martial Law have been introduced in the ports.

Seafarers of Russian nationality on board of foreign ships calling at the Ukrainian ports will not be subject to discrimination and persecution. Neither will Ukrainian crew of the foreign ships in Russian ports, at least I believe so. However, it should be kept in mind that Immigration Authorities may bring an accusation against those seafarers who visited Crimean ports. It’s an old restriction which I think reasonable to remind you about.

On of the worst aspects of the matter is that foreign vessels heading to the Ukrainian ports on the Azov Sea (such as Mariupol and Berdyansk) may be detained in the Kerch Strait for inspection and search. I cannot vouch for Russian Authorities and in view of the fact that prior to the recent incident there was a sad practice of detaining the ships for up to 10 days now the situation is very likely to aggravate. Kerch Channel Authorities are in a habit of inventing various reasons for delaying the ships passing through the channel: adverse weather conditions which do not allow inspectors to board the vessel, are often used as a pretext of not allowing the passage. They decide on the acceptable weather conditions for getting to the Roads and inspect the ships in accordance with their own standards and requirements, sometimes mysterious to anyone else.

We presume that foreign vessels heading through the Kerch Strait to the Russian ports on the Azov Sea will have no problems at that and will not be delayed. 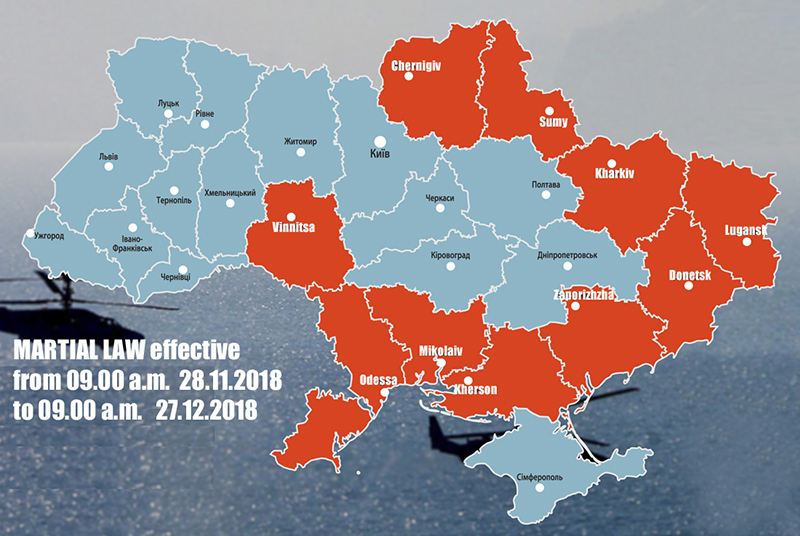