The situation in Port of Durres after Albanian earthquake

After the Albanian earthquake on 26 November 2019 our correspondent, in the area, is reporting that the traffic is allowed to continue in the Port of Durres. 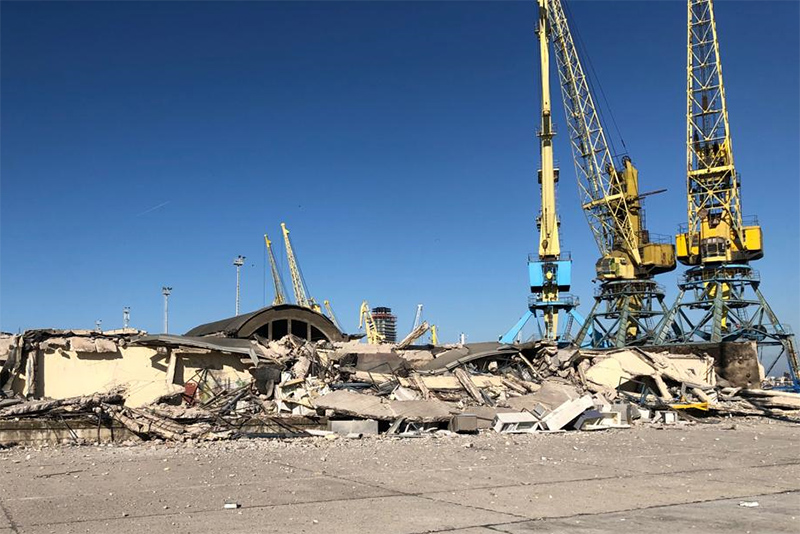 The Swedish Club's correspondent Samer & Co. Shipping is giving the following information from the area:

According to the Operational Managers of the four terminals of Durres Port i.e. Ferry Terminal, Container Terminal, Cargo Terminal and East Terminal (bulk terminal) and to the Harbour Master of Durres Port no damages to the docks around the basin of Durres Port, so traffic of ferry and cargo vessels is allowed and continues normally. Up to now, there are no identified damages to the shore cranes and for the time being no problems are foreseen regarding the operations of the vessels in Durres Port.

The operational warehouse in front of dock no. 3 located in the West Terminal is heavily damaged (total loss) and out of use. However this does not affect the operations of the vessels, because is up to the parties whether or not to use it. The technical status of this warehouse is a temporary one which was served for storing part of the shipments (mainly palletized cargo or wheat in bulk) for a short period. We are sending a few pictures we have received of the port warehouses in Durres.

Our office is also in contact with both ports, gas and oil terminals, respectively Romano Port and MBM Port situated in the north of Durres (abt 10 km from Durres) and they were informed that there are no damages to the port structures therefore the handling of vessels in these terminals may proceed normally.

Considering the above, there seems to be no obstacles, at least for the moment, for handling of vessels in the Durres ports.