In June 2019 we reported the following.

Focus: Charcoal fires
5 June - Cargo that is self-heating when shipping charcoal is a delicate issue. Our Loss Prevention team has highlighted the risks through some real-life cases.

MSS Case June: Stowaways in the steering gear trunk
11 June - In the June Monthly Safety Scenario (MSS) the stowaways are not being discovered even though several checks were made at the vessel.

Advice to members after tanker attack
14 June - BIMCO is giving advice to members regarding the Strait of Hormuz and the Persian Gulf. This after the incident with two tankers that were attacked 13 June 2019.

Record high cocaine seizures after US Coast Guard operation
17 June - Read more about the three-month operation off the coasts of Mexico, Central and South America in the latest IMB bulletin.

The importance of equipment tests: Rapid change of berth ended with damaged vessel
20 June - This case shows the importance of pre-departure checks and how stress can lead to procedures not being followed correctly.

The Swedish Club closes its 2019 AGM on a high note
17 June - The Swedish Club welcomed members from around the world to its 147th AGM held in Gothenburg last week. More than 250 member representatives and business associates joined the Club. 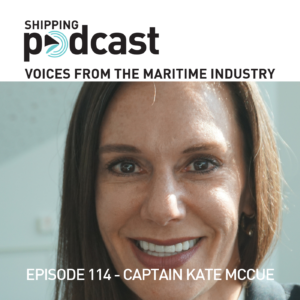 Shipping Podcast: Kate McCue, the first American woman in command of a “mega” cruise ship
28 June - Listen to Captain Kate McCue, currently Captain of the CELEBRITY EQUINOX and a role model for many young people in the world.

Entertaining Club basketball in Piraeus
11 June - For the second time, The Swedish Club’s basketball tournament was held in Piraeus 4 June. Nine teams including ship owners, brokers and associates, had some tough games before the finals.

17 June - The Swedish Club Annual General Meeting started, as always, with a football game on the Heden football field in the centre of Gothenburg. It was a tough and exciting game with some injuries, but in the end, Team Sweden won after penalties 5-4 (3-3).

AGM Dinner for Early Arrivals: Hidden talents revealed
18 June - During the evening, the guests were entertained by both the professional singer/entertainer and participants with hidden talents such as singing and dancing.

19 June - The Partners' Programme started with a cheering for some students passing by the hotel. The group continued to the Textile Heritage Centre - Göteborgs Remfabrik, a typical textile mill from the beginning of the last century. The group traveled back in time to the best-preserved mill from this period in all Scandinavia.

Past, present and the future was the theme for this year's AGM Members' Day
20 June - "Professor" Daniel Ruge gave a fun lecture of intercultural business communications and Katarina Gospic, MD, PhD, MSc, entrepreneur and author, held a mind-boggling presentation about how the speed of technology has outrun the human brain.

AGM 2019 - Traditional menue with changing entertainment
20 June - As tradition bids, the guests were welcomed to the 147th dinner with mingle opportunities before sitting down to enjoy the menu.

AGM Friday Tour - Networking in the sunny Gothenburg archipelago
21 June - The Annual General Meeting ended with a trip to the island of Åstol. The guests enjoyed the beautiful scenery of the archipelago on the way to the island. At Åstol, the guests had the opportunity to visit the busy natural harbour, the white wooden houses, the boathouses and the dramatic rocks.